IWC and the Silver Spitfire

IWC and the Silver Spitfire

Around The World In 40 Stopovers: IWC And The Journey Of The Silver Spitfire

To an Englishman, there are few words more evocative than 'Spitfire.' The name of the celebrated fighter plane that played a key role in winning the Battle of Britain and World War II. Since its first flight in 1936, the Spitfire has become synonymous with bravery, determination, decency, and freedom. But you don't need to be English to be moved by the sight of a Spitfire's distinctive and beautiful silhouette passing across an open sky to the soundtrack of its mighty 12-cylinder, 27-litre Merlin engine. You can bet that emotions will run high on August 18 when a gleaming, mirror-polished Spitfire that completed a remarkable 51 combat missions during WWII takes to the skies on the first leg of a round-the-world flight sponsored by 'Spitfire' watchmaker IWC.

The Silver Spitfire will be flown in rotation by pilots Steve Boultbee Brooks and Matt Jones between more than 30 countries and across some of the world's most significant landmarks, from the Grand Canyon in the west to Mount Fuji in the east. If successful, the 27,000 mile, four-month trip will enter the record books as the first global circumnavigation by a Spitfire, a plane originally designed to undertake short-haul combat missions.

To mark the record attempt, IWC has produced a special "Longest Flight" Edition of its Timezoner model, examples of which will be worn by Brooks and Jones during the adventure.

The stainless-steel case, black dial, and green textile strap echo the finishes of a Spitfire cockpit - but the movement powering the watch is interesting in its own right, since it features IWC's ingenious 'Timezoner' mechanism. 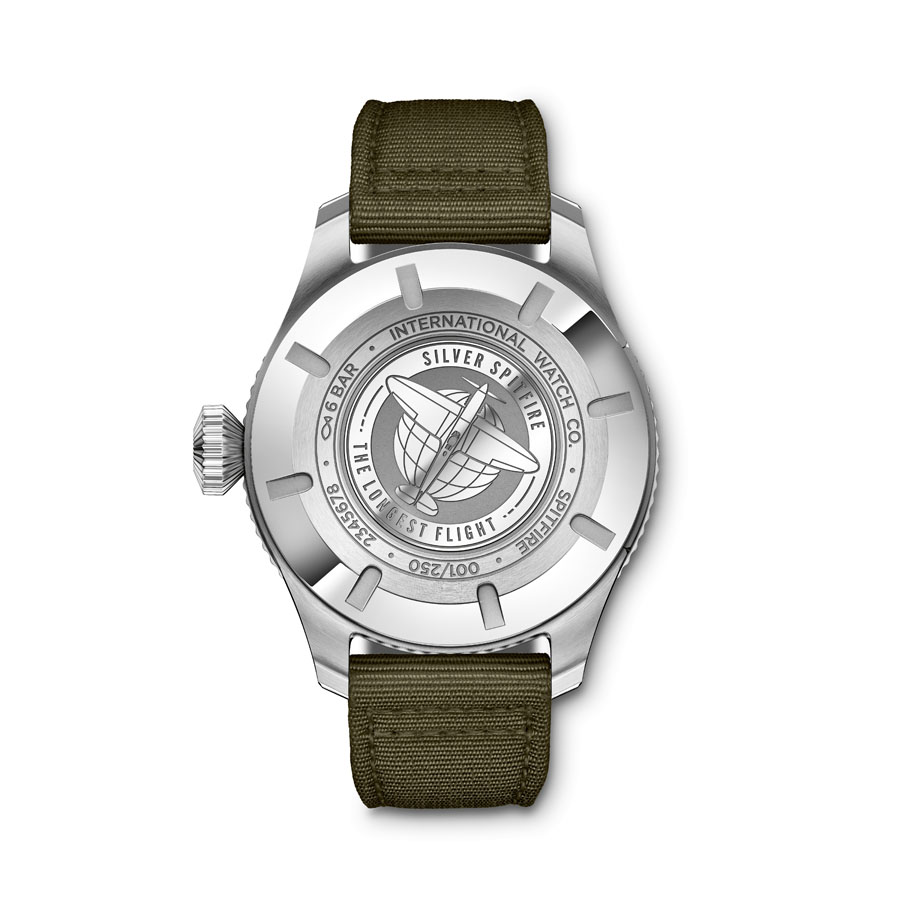 The program for the coming months will be rich and varied. After Iceland and Canada, the Spitfire will traverse the United States, before crossing into Siberia over the Bering Strait. Japan, South Korea, Vietnam, Nepal, and India will follow before turning toward Afghanistan and to the Middle East. After Saudi Arabia, Iraq, and Egypt the Spitfire will return to Europe via Cyprus and Greece, before Italy, France, and Monaco. Should neither the vagaries of weather nor mechanical difficulties delay them, the aircraft is expected on the grounds of St. Gallen-Altenrhein in Switzerland on November 28th.

Finally, after crossing Germany and The Netherlands with a stopover in Le Bourget, the Spitfire will return to its Goodwood home on December 8th. Half soap opera half chivalrous epic, the adventure of the “Longest Flight” can be followed in real-time at www.silverspitfire.com.